Well it’s the final day of NaPoWriMo 2013 and I wouldn’t have minded trying the prompt today. Unfortunately work beckoned and being not far off of midnight I decided to revisit my Unfinished folder one last time. I found this one from 2010 and finished it off quickly. At least after NaPoWriMo 2013 my Unfinished folder is smaller… lol.Also it shares the theme of dust somewhat with yesterdays post.

Rushes in my ears and heart.
Facing my fears … on my own.
It hurts. It stings
And my voice. Quiet and alone.
Talking to myself now

But I’m used to that.
My shadow taunts me
It would. That shadow haunts me once more.
And alone. Yeah. I do that.
Summer dry dust from my trudging feet
Each tired footfall a protest
Against this earth that bore me
So long ago

Dust to summer parched dust
Ashes to choking cold ashes
A cry from a heart beating still
A tear from my soul
Anguish in loss
Burning with cold.

I am not too happy with my poem today. I actually got a call to do some work and have been out all day. Now I am shattered and my brain isn’t functioning. And so I have used parts of an old piece of prose of mine that I was working on yesterday. Rhymed a few lines and cobbled together a very hasty ending …. not happy ….. but…

An arm waved from the cab and then it was gone

Headed towards the interstate. And whatever lay there.

But that wasn’t for him

The devil lived in the cities … or was it god

As the desert calm returned to his ears

He hoisted the bag over one shoulder

An old guitar over his other and faced his fears

And walked on as loneliness joined him.

His boots kicked up small clouds of dry dust

One foot fell in front of the other

As each thought passed through his mind

He even remembered his mother

He supposed he was born to walk and … even to try

To forget. To make distance.

The road stretched out before him

Without purpose, not much hope

Or maybe it led to hell around the next bend

He didn’t know … he didn’t care

Mirages formed in the shimmering heat

Patterns in the sky. A bird there. A face here.

Maybe a saint with a grinning leer.

And he walked. Boots clicked.

Leather creaked on his bags straps

Pools of sweat formed under the blue denim shirt he wore

Sticking to him along with desert dust

But he felt the sweat cleansed his forgotten soul

As he sat for a while

Washed down a pill.

He dozed in the shade of a billboard

It advertised a radio station

And he gave thanks for this shelter

Twenty miles or so?

The trucker had laughed in confirmation

He hit the top of the rise and then on downhill

In the distance a small dusty town.

Sometimes a hand would wave causing him to frown

He passed an old black dude

Battered straw Stetson with a small black boy skipping beside him

He heard the boy chattering

But the man just looked ahead unseeing

Ignoring the lone walker. He increased his pace.

And the town soon became reality

Not just a distant thought

Four ways to nowhere or maybe to hell.

The roadhouse was ramshackle

He pushed the door and entered

No air con, no fans to disturb the desert heat

Acknowledgements grunted as he ordered a beer.

He put down his backpack on the faded board floor.

Watched as dust motes danced in the hot still air

The bartender raised an eyebrow .

He placed the old guitar on a well-used old bar chair.

Searching pockets one by one

Dollar bills and a few coins

Grunts from the bartender.

The joint was hot but the welcome was cool.

He swallowed his beer as he sat on the stool.

Murmured conversation behind him

The buzz of a fly

But the beer made the place comfortable

A couple more till his time to die.

And when that was done

It would be his turn to say goodbye.

Today’s NaPoWriMo 2013 prompt was to do with colour. I did my best.

Too much wine to drink last night

I’m feeling green around the gills

I never heed the warnings.

The banks been on yet one more time

Yes I know I’m in the red again

Forgive my temporary lack of funds

Stop calling me. Stop being a pain.

Burgundy always gives me a head

Washed down with rosé too

But I’ll soon be in the pink

Just an hour? Till I can think

These blues will surely pass

Or I could go back to bed?

Maybe a pint of orange juice

Will lead to restoration

Will ease my banging head

Get out of bed?

And finally I reawaken

Those blues have gone

This guy is strong

What can I do today?

I shut the door. I’m leaving

Azure sky waits to meet me

A glass of red, to greet me.

Makes me go all rooty tooty.

To hear her say

Make love to me. ‘Straight away.’

I love her kiss

There’s never one I want to miss

And oh she so arouses me.

But I want her in my life

I’m so happy she’s my wife.

Today again I cannot work with the prompt so instead I wrote this in addition to my earlier contribution.

Just a little piece of chocolate.

That’s what I need and how.

I love the way it starts to melt

So gently on my tongue

Its taste and luscious choccy smell

First piece and its begun.

Milk chocolate or even plain

With nuts or fruit or rice

Each bite it slowly calms my brain

It goes far beyond just ‘nice’.

Half a bar is swiftly gone

I want it to go on and on

I know I can’t hang back.

Now I’m on my final bite

I can feel my waist expand

And I know it isn’t really right

But it tastes so grand.

I reach out for another bar

My resolve begins to wilt

It really is quite bizarre

Because now here comes the guilt….

NaPoWriMo 2013 Day 27 and I am not even waiting for the prompt. I may use it later but I just came up with this.

With wings of brimstone, breath of crusted fire

He soared, he flew and he clawed the loathsome air

All below him cowered, hands raised in useless pleading

All below him wept, tears of blood, hearts bleeding

His face beautiful in its dark fury

He held all in his icy grip.

He needed no aid to destroy

Mankind did that best themselves

Their tiny self-belief, prayers to useless gods. To him.

His laugh was a crash of thunder

Joy at man’s own folly and deviousness

Swift retribution their own tortured belief

They needed little of his help to damn their futile selves

Higher he rose as if towards the moon

All man’s dominion stretched below him

In crystal laden air. In Armageddon.

Realms collapse in anarchy and fear

Kings fought over lines on maps

And man? He died by his millions

For no more than false belief

He watched the fires of death below him

Books burned and even priests

All paid. All went to the reapers cold embrace.

He smiled and even the moon grew paler in pain

Sparks and flame were his mantle

As he watched mankind’s death dance

And he gathered up the souls hungrily

Man was generous with those

Reveling in death and agony

Although proclaiming peace and love

And slowly he settled lower in the loveless night sky

He returned to his own domain.

Hell by any other name.

His name was what man wanted it to be

He was oft quoted in holy text

He had gods a plenty in his reviled name

And so his talons touched scorched anguish of earth

Opalescent white to greet the souls

And they queued up at his pearly gates

Some burned, some broken on the rack

But priests were few, just followers

Taught to them in godly pews.

Brewed up by the men in black

For their own self-satisfaction. 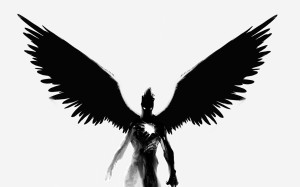 Looking back thru my pics and I decided to put a few of these up tonight. They are from A D FARROW, the Harley Davidson store in Columbus, Ohio. They date from June 2010. A great visit if ya get a chance.

I could summon up no interest for today’s prompt and so I wrote my own.

In those quiet dark hours whilst you’re away

And shadows deepen in my heart

Fears and longing then hold sway

I pray that you sleep safely

Miles between us cruel and forlorn

I roll over once again, no comfort

Where you slept is just a space

I miss your lovely face

These nights can last forever

Slowly my clock counts away

Hours of wishing for dawn

A nightful of wanting you back

A lifetime of loneliness distilled

… into such a short and sleepless night.

Others off to nameless destinations

And I wish I was on one

Leaving with you beside me

Laughing at my airborne nerves

Gin and tonics in my frightened hands

I miss that smile right now

In these pitiful netherlands.

Just sitting here and thinking of my baby and our trip to Niagara Falls in May 2010. I loved that trip and thought I’d put a few pics up. As always just click on a pic to see it full size. 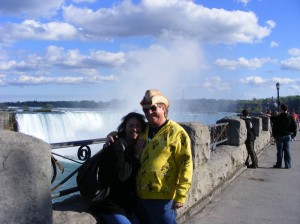 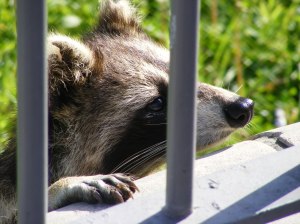 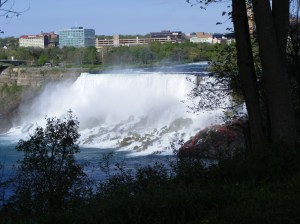 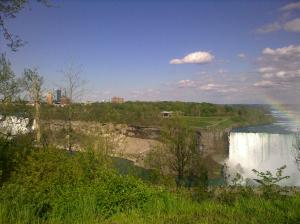 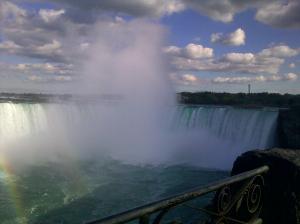 RAVENSWING BLACK. (For my baby.)

Ravenswing black and lustrous as jet.

I long to touch your hair… inhale its scent

I want to run my fingers over your soft cheek.

Feel that smile I love with gentle fingertips

I need to see past your eyes

Into that gentle immaculate soul.

And I want you to know mine,

Forever. As no other

As dawn comes, grey early morning light through a window

I want to waken beside you, touch that hair

Wake you to a day of knowing you are mine

As I am yours always. Kiss you awake with love

With care.With pleasure at your sleepy face

I think you will be at your most beautiful

Breath misting as we talk, hand in gloved hand.

Exploring our souls, discovering each other

Before coffee in a warm bistro

A kiss to taste it and its sweetness

And laughter at shared intimate jokes

Returning home to be alone. Apartment warmth, such pleasure

To run my fingers through that raven hair

To feel your want, your need, your love

Our only light of choice

Let us reach out to those stars with joy. Let us love and be loving.

Let us be alive. And fear nothing.