The lovely Raven bought me a drone for Christmas (I didn’t realise it would be our last one). I am still pretty much a novice at flying it but it gives great results in HD video.

I have been flying around some of our local country churches and this is at All Saints Church in Castle Camps which is just over the border from me in Cambridgeshire. I bumped into an old chap doing the grass and he told me a few things about the church. The village of Castle Camps has actually moved. So many of the local people died in the Black Death (Bubonic Plague) in the 14th century that the old village was abandoned and a new one built a mile or two away.

There is the stump of an old statue on one end of the roof which was defaced by Oliver Cromwell’s men in the 1600s and I also learned that this church stands on the highest point in Cambridgeshire which actually means little as Cambridgeshire is a pretty flat county.

The day was 4th of April 2017 and as drone video doesn’t have audio I have added a little atmospheric music. Click on the link to see the video. 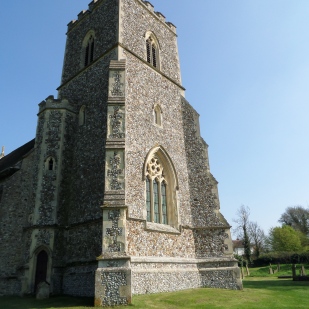 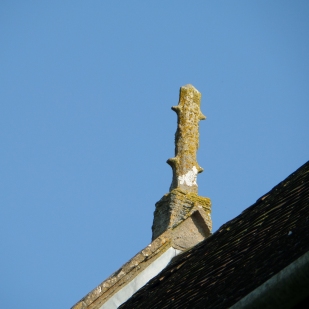