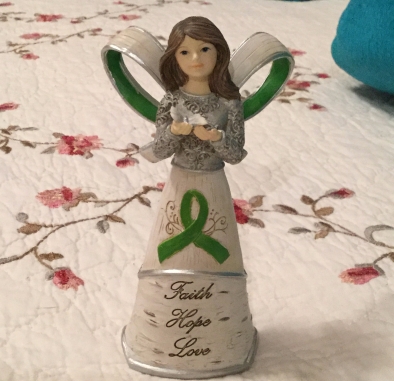 Well I am finally approaching the ‘back to normal’ stage and I have been a very lucky guy. I had my appointment with the surgeon Dr Black at OSU Wexner Medical Centre last week and basically, I am in the clear.

He checked out my scar, which is apparently looking good and had a good old feel around the surgery site and told me the good news. I am lucky in that the cancer was found at a very early stage and he told me that it was very small and barely beyond a ‘benign’ condition. It was also in a good area for the surgery he carried out (liver resection) which completely removed the tumour. That also means that no chemotherapy was or will be needed. A small part of my liver containing the tumours was cut out but the liver is one of the few organs which, if healthy will regenerate itself in just a few weeks.

My liver is also extremely healthy, no cirrhosis or scarring. I think he described it as being a nice healthy looking pink colour and all is well even after the abuse I gave it over the years. The tumour is gone. It also should not reoccur.

I am still under orders to restrict my lifting to no more than 10lbs for a further 2 weeks in case of a hernia and then I can start my daily exercise routine once more. At the moment my exercise is limited to walking, mostly with the dawg and I manage to clock up 5-6 miles per day, so my Fitbit tells me. That’s about 12000 steps per day. I have even managed to lose more weight. I was just under 180 lbs before the operation, but I am currently down to 167lbs. That’s a tad under 12 stone.

I had the operation on the 23rd of October and came home on the 28th of October. The recovery has been fine apart from trying not to lift or do too much which I did a few times resulting in pain and tiredness. I think the oxycodone may have helped but I stopped taking that a week or two ago, after worrying about dependency and I must admit the first day of ‘cold turkey’ was a little uncomfortable but manageable. Now I just rely on Ibuprofen for the pain. I do still get tired easily, but I think I may need some iron pills to rectify that.

So, all is well and good, and I can even celebrate with a Gin & Tonic or two according to my doc. Great news.

Now what advice can I give you?

Firstly, if you are a baby boomer, please get checked for Hepatitis C, especially if you have high AST and ALT liver readings. My surgeon thinks that my Hep C may have caused or contributed to the cancer. I still have the Hep C, but it is curable, and I should be starting a course of treatment in the near future. If you do have high readings then DO get your doctor to explore further, either with Ultrasound/ MRI, or CT scans. NOW.

Secondly, the obvious, DO NOT use intravenous drugs but if you do then only use clean needles. (I don’t and never have used injectables to get high by the way.)

Thirdly. If you indulge in gay or even rough hetero sex, then take precautions. (Again, I am not guilty.)

Fourth. Be very leery of tattoos, especially of ones done by amateurs such as your mates. (Needles again).

Fifth. Be very aware that excessive and regular alcohol use over the years can cause cirrhosis of the liver which can also lead to liver cancer.

And that is it.

I am cured. I feel great. And I look forward to getting on with my life again at last in the very near future. Take care y’all. 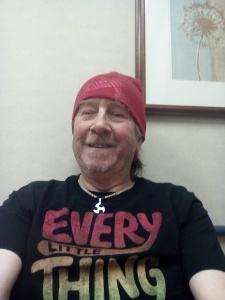