Posted by Stan M Rogers on May 15, 2017
Posted in: Uncategorized. Leave a comment 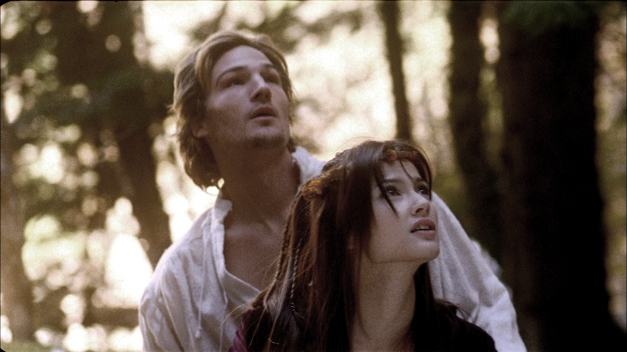 Leystan sat alone, buried in unhappy thoughts of the past. The small fire he had lit crackled and cast dancing shadows amongst the dense forest cover that surrounded his small camp. Nearby a nighthawk called plaintively and the small rustling sounds of the smaller denizens of these woods betrayed their nocturnal activities.

His beloved Maven had been missing for nigh on three months now. Three long months without her soft gentle touch, her comforting words and smiles. But he knew not where his lady was and so he was on this quest to find her and restore her to his side. But the mystery of her disappearance offered so few clues to Leystan. Their last contact had been brief, not much more than a brief kiss, a touching of lips as they said goodbye. Lips, whose softness he remembered so well and missed so much. And he had left on his quest not knowing, not believing he may never be one with her again.

But here he was. Adrift in this dark arboreal land of dense trees. Alone in a heartless lonely Albion, inhabited by demons searching for the one and only true love he had ever known. Demons of his own past and, he sighed, probably of his own making. He was taunted? No. Tortured, by those demons of regret and sorrow. Never had he felt so alone on a quest.

He had an old written message on paper filled with loving words from his Maven and it still had a tantalizing hint of her perfume upon it, and for one more lonely night he settled down within his travel blanket. As he slowly entered the world of sleep he held this tragic missive to his face, inhaling the delicate slight scent of his lady upon its now tattered pages, worn thin by his constant handling.

And so, the lovelorn knight settled into sleep. A whisper of her name left his lips as he started his night of troubled dreams. The small fire slowly sank to no more than a few glowing embers and even the woods became silent as he slept.

Anyone watching from a concealed place nearby, and they would need to be a very well concealed and noiseless not to awaken the knight’s keen sense of hearing, his sharp awareness of a threat, would observe a troubled man. He tossed and turned, frequently crying out his lover’s name in a tormented pleading wail. Occasionally a fraught sob would escape him, but they did slowly subside as the dawn became closer. Eventually he became still and slow deep breathing was all that could be detected of his presence.

And in that silent hour before the dawn’s rays of hope entered that dark world, three presences entered the camp. Very few would have detected their visit, but over man’s many years within this world they have visited often particularly to star crossed lovers. They were the three wraiths.

These three beings had been in this world since the dawn of man’s existence. They pre-dated the Seers and Demons by many millennia. They had never existed in physical reality. In fact their very existence was an impossibility, but none the less, they existed. They were. They were nether alive nor dead but rather they inhabited men’s imaginations and dreams. They had no names but to men the first wraith could be described as Doubt. Many a man has been touched by Doubt but scarce few even know. And this night Doubt visited Leystan. Doubt did nothing. Just his mere visit, his thought was enough to sow a seed. To send a man’s mind along a tortuous road where even outright obvious truth could be slowly dismantled by that small seed. Doubt could destroy a man, his life and his friendships but most importantly his love for another.

Bright spikes of morning sunlight broke the dawn. Life awoke. Small bees started the daily task of gathering nectar and their gentle buzzing along with the soft cooing of wood doves awoke Leystan. He came to wakefulness slowly which was not normal for the knight. Usually he awoke instantly becoming aware of his surroundings immediately. This ability had safeguarded his life more than a few times. But this morning he awoke groggily. He reached out in his stupor towards his lover. He felt the forest floor within his arms reach searching for the warm sleeping body of his Maven. So comforting and familiar until these recent times. Then fearfully he flung his body about wildly, searching for her sleeping form before finally realising … he was alone.

And as dawn came that fateful day Leystan unwittingly began his battle. He would face doubt. Alone…….